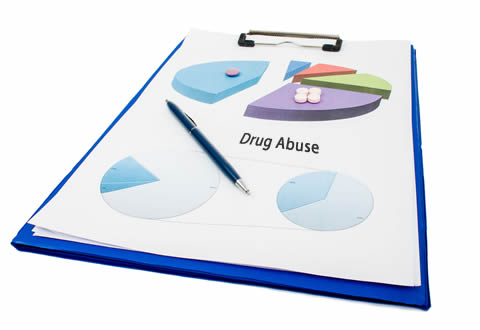 Drug abuse statistics show that the level of drug and alcohol addiction in our country has reached epidemic proportions. Most Americans have used at least one illicit drug in their lifetime, but a staggering 22.5 million people in the U.S. alone are either currently drug dependent or have abused drugs within the past year. There doesn't seem to be any line drawn in terms of who this affects and where, and the drug problem is apparent in all regions of the nation and permeates all age groups and ethnicities. In order to fix the drug problem it is important to become educated about drug abuse statistics, to see who this affects and how so that proper measures can be taken to effectively address this issue.

Alcoholism and alcohol abuse are the most common drug abuse problems in this country. While alcohol may be legal, this doesn't make it any less of a problem and certainly doesn't make the consequences of its abuse any less significant. Drug abuse statistics show that over half of Americans report past month use of alcohol. This too not only affects "of-age" individuals, but youth as well, with 11% of all alcohol annually being consumed by underage drinkers. Most of this alcohol is consumed by underage "binge" drinkers. This binge drinking leads to many unwanted pregnancies and other consequences such as violence and automobile accidents. Drug abuse statistics shows that alcohol causes over 17,000 fatalities annually as a result of drunk driving, and 31 million Americans admit to having driven drunk in the past year as of 2008. The problem of alcoholism affects older Americans as well, and is the most abused drug by adults aged 50 and older. So as you can see, anyone of any age can fall prey to alcohol abuse and alcoholism and drug abuse statistics show that the problem will only get worse unless effective action is taken to educate the masses and provide effective treatment options for those that need it.

Drug abuse statistics regarding marijuana shed light on just how much this drug is used and abused. Use and abuse of marijuana is extremely common, and it is statistically the most used and abused of any illicit drug. An estimated 17 million Americans admit to having used marijuana within the past month, and there are millions of new users each year. This is partly because of the fact that marijuana use isn't as stigmatized as some of the more hardcore illicit drugs. However, many users underestimate the effects, side effects and risks associated with marijuana use. The drug can cause dependence and addiction and many long-term users find it extremely difficult to stop using marijuana and often suffer withdrawal symptoms if they do stop. Marijuana is also a gateway drug to more hardcore drug use, and according to drug abuse statistics is the most commonly abused illicit drug and the drug of choice among 8th, 10th, and 12th graders in the nation. An estimated 2.4 million youth used marijuana for the first time in 2009, which is an average of about 6,500 youth every single day potentially being set up for a life of addiction.

Do you know someone suffering with an addiction problem?

Speak with an addiction counselor now to learn how you can help someone who is having problems with substance abuse find the road to recovery.

Many accidental deaths where prescription drugs are involved occur as a result of the abuser mixing prescription drugs with alcohol or other drugs in an attempt to achieve more potent effects or to get high. This leads to many overdoses and permanent health consequences as a result. For example, in 2005 there were 22,400 drug overdose deaths and opioid prescription drugs were responsible for over 38% of them. Drug abuse statistics show that the prescription drug problem is also not just a problem among older Americans, and 1 in 10 high school seniors admitting past year use of the opiate the painkiller Vicodin, and 1 in 20 abusing OxyContin. It's tough to absorb one's education when on such powerful narcotic drugs, especially if one is using these non-medically and not as prescribed.

Drug abuse statistics show that rates of use of other illicit drugs of abuse are just as startling. Consider the fact that there are around 2 million individuals in the U.S. who are currently using cocaine, around 1 million hardcore heroin addicts, 1.4 million individual who report past year use of methamphetamine, and an estimated 1 million past year users of Ecstasy. With these types of drug abuse statistics, one can only imagine the devastation that this causes on a daily basis for those involved. Think of this in terms of violence, domestic abuse, crime, and social, economic and health consequences. With millions of Americans struggling with addiction to alcohol, prescription drugs and illicit drugs the need for effective drug treatment has never been greater. Many individuals don't get the help they need, yet effective drug rehab programs have helped millions of individuals overcome any kind of addiction and some are even tailored to meet the specifics needs of individuals seeking treatment.