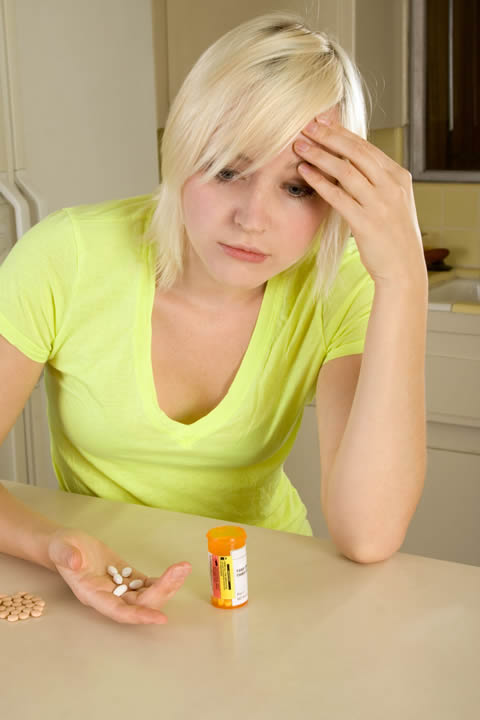 Teen prescription drug abuse is also becoming an alarming problem, as most teens are under the common misconception that these types of drugs are safer to use than illicit street drugs. Teens will commonly steal their parent's prescription drugs, but the Office of National Drug Control Policy says that nearly half of teens who abuse prescription drugs get them for free from an acquaintance.

Teens abuse these prescription drugs recreationally, sometimes along with other drugs or alcohol. According to a reliable government survey, an estimated 12% of high school seniors are past month recreational users of prescription medications. Meaning, they had no prescription for the drug they abused and used the drug to get high.

We have information on thousands of drug and alcohol treatment programs throughout the nation. We can help you find the right program for you.

Benzodiazepines and Central Nervous System Depressants are prescription drugs which are types of sedatives or tranquilizers, mostly used to treat anxiety or sleep disorders. Barbiturates such as Mebaral, Nembutal and benzodiazepines such as Valium and Xanax are commonly abused for their sedating effects. Abuse of these prescription drugs is very dangerous, as users often combine these powerful sedatives with other drugs or alcohol which can very easily cause overdose. Additionally, because of the dependence that users develop to benzodiazepines and CNS depressants (which develops very quickly), withdrawal from this type of prescription drug is particularly dangerous and seizures are known to occur which could lead to death. Anyone who is abusing these types of prescription drugs should always seek medical assistance is intending to quit "cold turkey", as a doctor will very likely work to lower your dose gradually to avoid any potentially fatal seizures or other health consequences.